The oldest house in Spiesheim/Germany
built in 1610 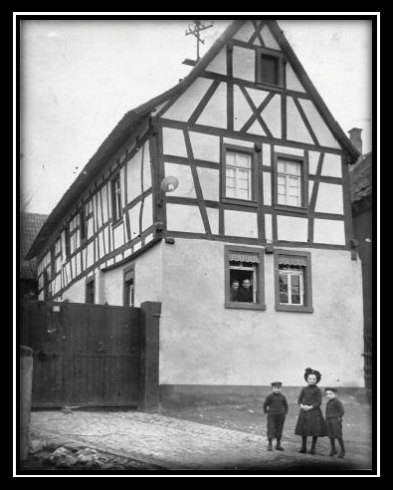 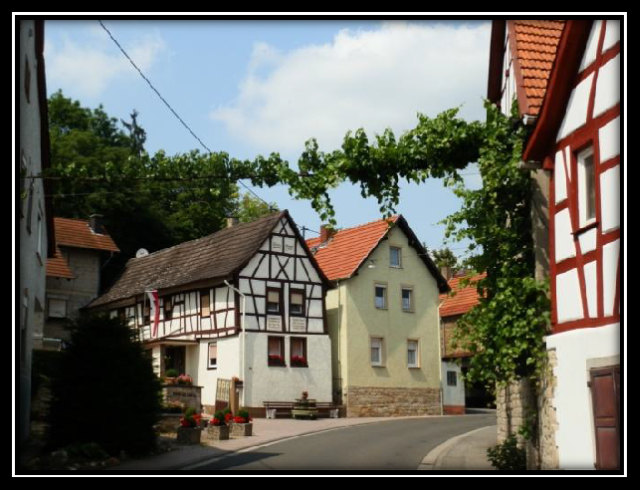 This house was built before the "Thirty Years War" which lasted in Central Europe from 1618 – 48.

On the house, clearly visible from the yard, the numbers 1618 are carved on an oak tree beam, which is part of the wooden frame structure.

During the chaos and turmoil of war, the house was mainly uninhabitated. The population of Spiesheim was either expelled or had left (fled) their hometown. The village was at times an empty place, devastated and many houses destroyed or burned down.

It is part of the historical heritage of this house, passed on from one generation to the next, that when people returned at the end of the war, a tree had grown through the chimney of the house.
After this terrible "Thirty Years War", sparked mainly for religious reasons, and which had left the countries in rubbles, in some regions it took more than 100 years to recover and rebuild villages and towns.

Records prove that only five families returned to the village of Spiesheim after the war. Their names were: Dexheimer, Diefenthäler, Jung, Steil and Weinz (up to 2016). Descendants of these families still live in the village with the exception of the Weinz family whose last family member in Spiesheim died in 2016.