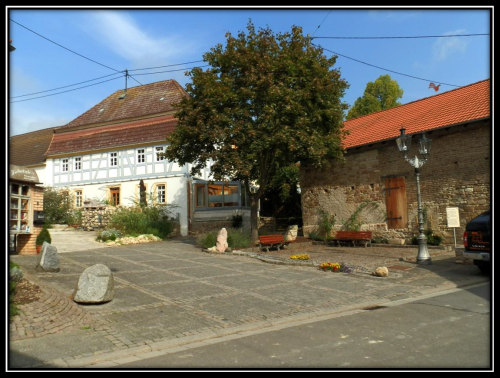 In the past, this common place surrounded by some farmyards in the middle of the village served as trough for the farmers' cattle. In case of a fire the trough ("Weth" or "Weed") functioned as fire-fighting pond.

"Middle Creek" was filled with water coming from the spring of the "Oberbrünnchen" and the surplus of the "Oberbrunnen", a well in the upper village. The water continued its way in an open ditch until it reached the "Säubach" in the lower village. It was the duty of the inhabitants of Spiesheim to keep this ditch open and clean.

After the construction of the plumbing in 1906 and the later following sewerage system the "Creek" was drained and the trough was filled up. 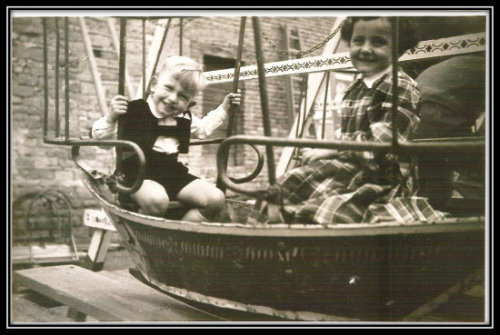 On the swing boat in 1953 - Heribert Erbes and Marlies Schmitt

So Spiesheim gained a place at the "Middle Creek" where a merry-go-round or a swing boat fascinated children and where delicious sweets were offered at the annual fair until the 1950s.

Many years, this place was in a desolate state and often used as parking space for agricultural vehicles and, later, for cars etc. 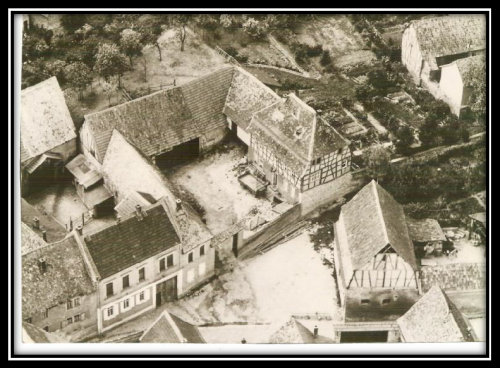 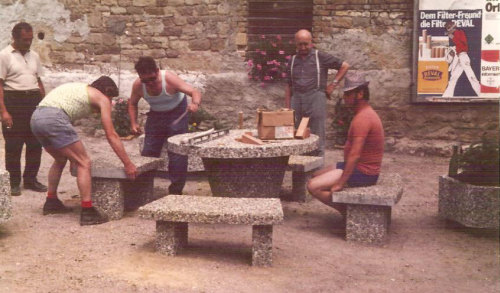 In 1978, the then local council members remodeled this place for the first time on the occasion of the construction of the sewerage system and the road works. According to the financial situation and the spirit of those times, a table with fitting benches and flower tubs made of exposed aggregate concrete were positioned on the place. 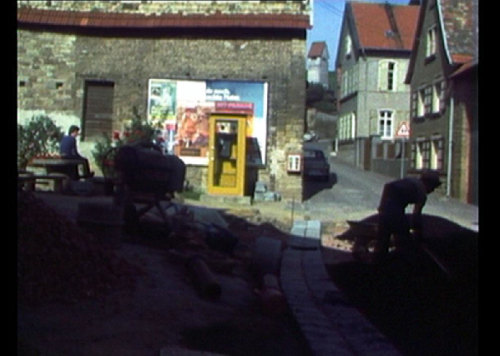 The "immense" size of the display board and advertising space conspiciously positioned on the right of the barn of former owner late Gottlieb Hofmann dominated the place. A yellow public phone booth stood in front of it many years until it was replaced by a "modern" open purple-coloured version at the "Old Schoolhouse". The rising importance of mobile phones in the 90s led to a decrease in the use of the public phone which finally was removed. 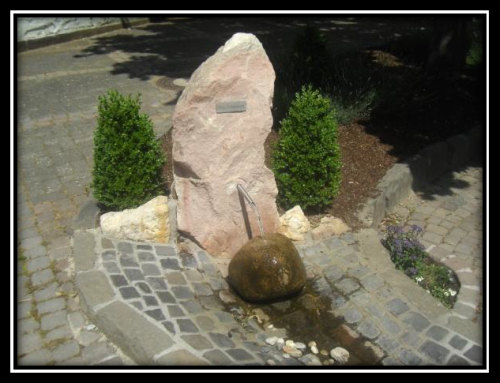 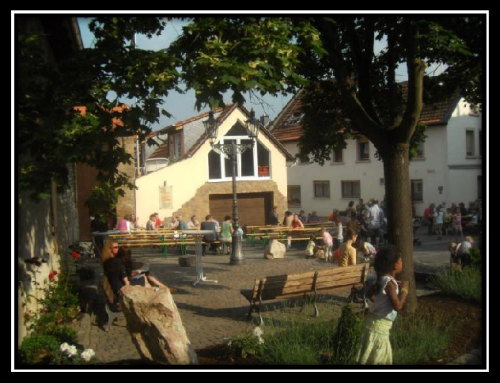 In 2011, the place was elaborately redesigned again, this time by the 1964 age-group of Spiesheim. Their intention was to recall the original function of "Middle Creek" as trough with a small water course and flowers at its "banks". 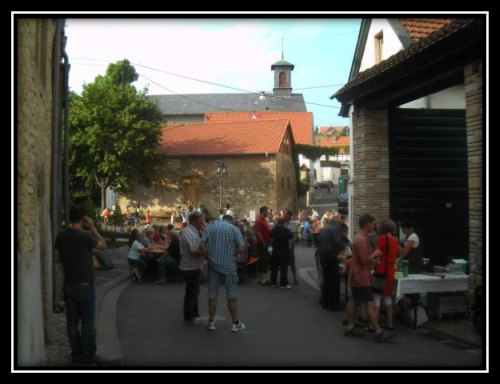 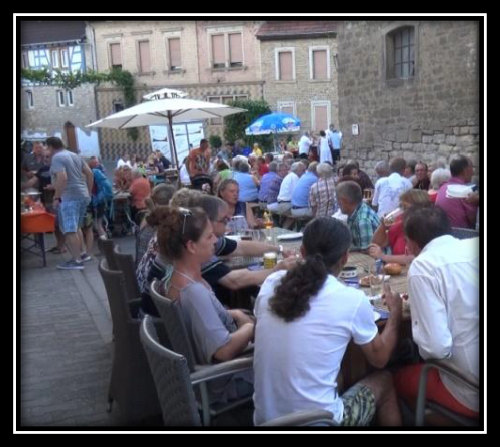 Occasional public events and, since 2015, the "Mittelbachfest" (street party) have put life into this place.

Originally placed in Mainz, the street lamp positioned at this place once ran on gas. Since it was installed here, it has run on electricity and has brightened "Middle Creek" with a warm and pleasant light.
In the 1980s, Jockel Fuchs, then Mayor of Mainz, donated the nostalgic candelabra to our former mayor and freeman August Ohl.