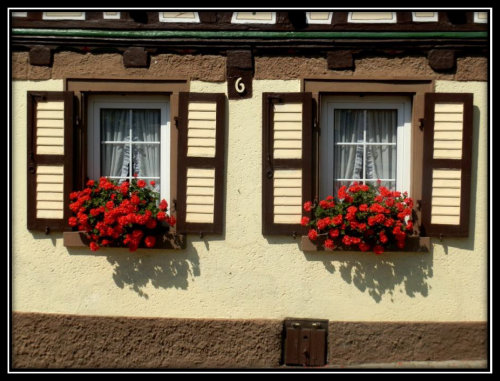 The original order of the house corresponds to a typical Frankonian farmyard. Living space, stables, barn, wine press house, yard and gate form a closed unit. The dimensions have never been changed, even more, the original structure of the living space has been preserved.

There have repeatedly been wars and sieges in our region forcing people to build their houses in a way that gave shelter, like this farmyard, and led among others, to the so-called "scattered village". Spiesheim represents a good example for this kind of settlement.

Presumably, the whole farmyard was built by Michael Diefendäler around 1680. In 1681, teacher Adolf Diehl listed 45 houses with 215 inhabitants, 43 of which were men, 44 women, 53 boys and 75 girls. On average, a working couple had 5-6 children. Apart from the farmers, there lived 2 innkeepers, 1 blacksmith, 1 tailor, 1 cooper, 1 bricklayer and 1 linen weaver as well as a farm worker and a maid in the village. At that time, Spiesheim still suffered considerably from the consequences of the Thirty Years' War (1618-1648).

Around 1720, Johannes Steyl is mentioned as owner. In 1900, the current owner's great-grandfather Georg Jung (1870-1920) bought the estate from a widow Steil. Georg Jung and his wife Margarethe, born Mühl (1860-1939) ran a farm and did some wine-growing. The existing buildings were thoroughly renovated and new extensions were built. 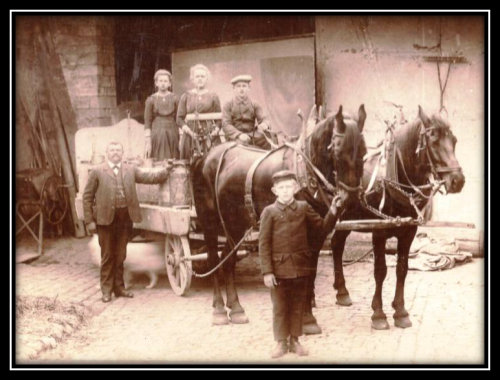 Many years, Georg Jung also transported the milk of the village to the station in Wörrstadt by horse cart. His son August (1902-1994) ran the farm alone from 1920 to 1922 and from 1923 on together with his wife Eliese Jung, born Jacobs (1898-1982) as mixed agricultural and wine-growing farm, completed by the then usual livestock. August Jung was well-known especially for the breeding of and caring for horses. 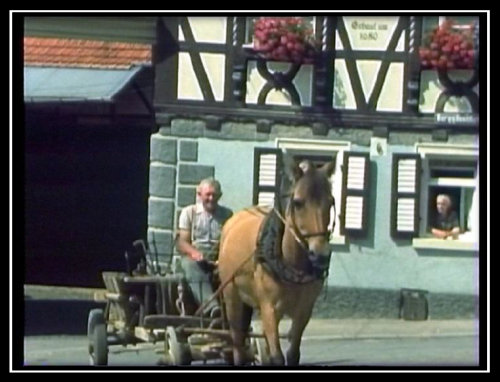 In 1976: August Jung with plough cart and wife Eliese at the window

Friederike Erbes, only child of August and Eliese Jung, was born in this house in 1927. She has lived here for her whole life. From 1949 on, she continued the work of her parents together with her husband Alfred Erbes (1926-1980), concentrating more and more on the wine-growing part of the farm. Alfred Erbes was committed to the community of Spiesheim and the peasantry in many ways.

The current owner Heribert Erbes, born as son of Friederike and Alfred Erbes in 1951, and his wife Sibylle, born Deyle in 1953, solely orientated on viniculture with direct marketing from 1980 on. The products of the Estate were honoured at a national and international level. Heribert Erbes was decorated for his various voluntary activities with many honours, e. g. the Cross of the Order of Merit of the Federal Republic of Germany, the Theodor Heuss Gold Medal and the Medal of Honour of Rhineland-Palatinate. 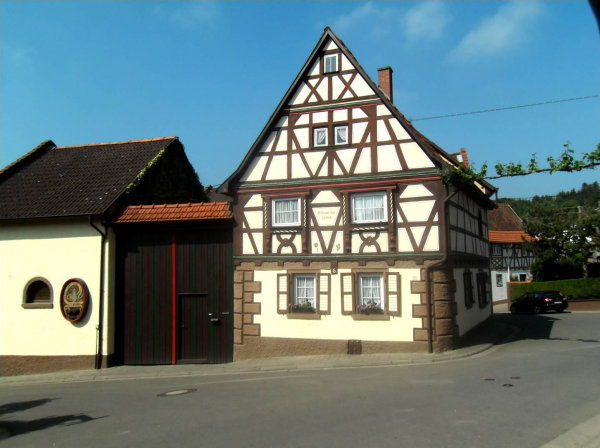 Since 2011, the well-restored Estate has been classified worth protecting and can be found anew in the media every year due to its exposed position at a corner in the old part of the village, visible from North and East and situated directly at the Way of St. James. Among other things, the inner yard was described as a "jewel" by the media. In 1983, the house won the facade competition of the administrative district Alzey-Worms.

Various publications praised the Estate e. g. as the most beautiful house of Spiesheim.

Sitting in the little wine tavern adapted to the architectural style of the house, maybe with a glass of tasty wine, makes you feel being taken back to earlier times. The room is all the more interesting for some exposed stones. The cast of a shell is clearly visible on one of them, which authentically proves the maritime origin of the site (once Basin of Mainz, Tertiary period).