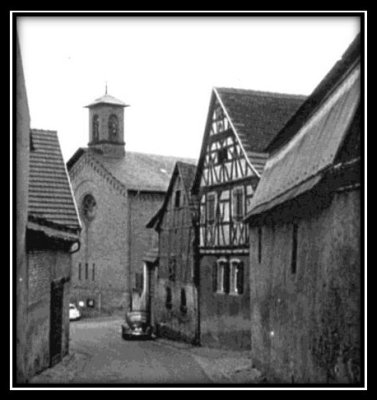 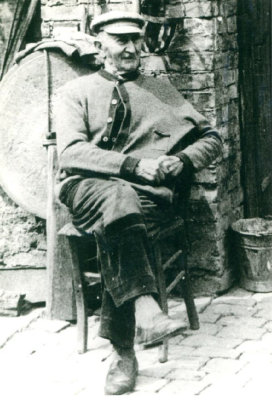 "Wagner (Cartwright) Johann" or, in dialect "Woaner-Joe", to distinguish him from other people named "Johann" by mentioning his job, lived with his family in this house where he also worked as a cartwright about 50 years, from the beginning of the 20th century until 1952.

In Germany, making carts goes back to the 14th century. It can be proved that from 1681 on there always worked cartwrights in Spiesheim who mainly supplied the farmers.

Above all, Johann Nöth made wooden cartwheels which then were coated with iron by the blacksmith. In those days, cartwheels were needed for all vehicles from cart to coach. 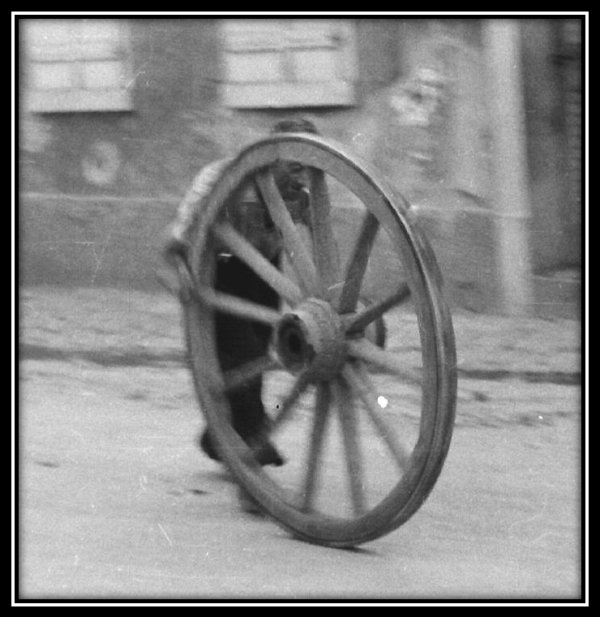 Adolf Knodt with cartwheel in 1958 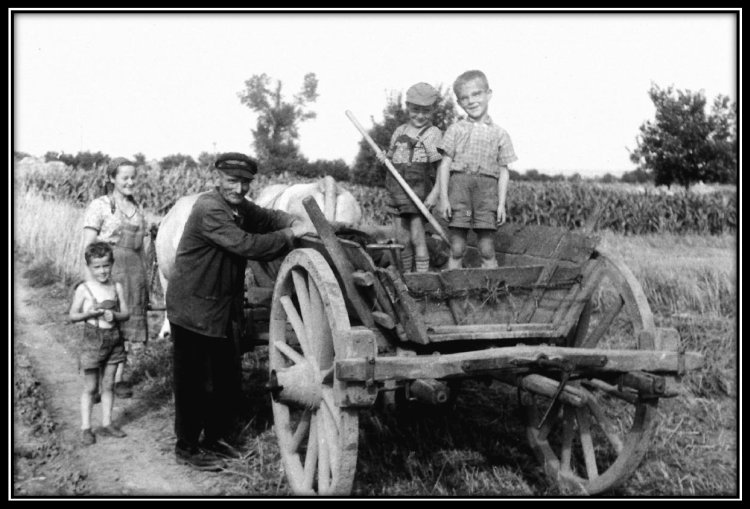 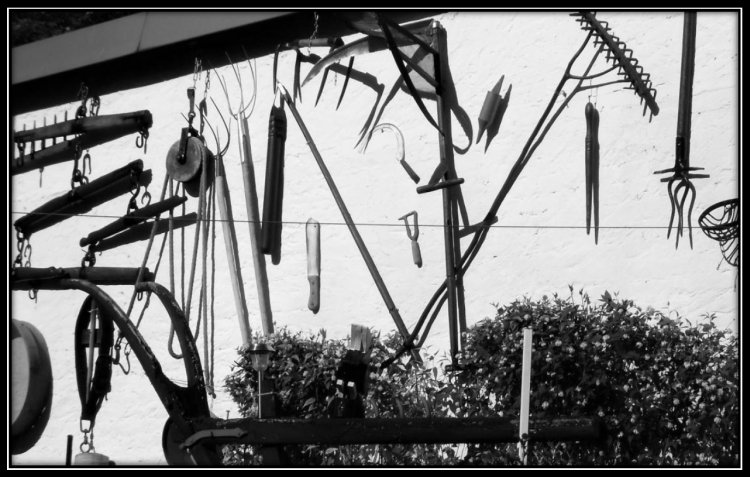 Apart from cartwheels, Johann Nöth made a wide range of wooden tools, from handles for rakes, broomsticks to plough carts and gates.

By mending broken tools etc. he raised the hard-earned modest family income and was supported by his wife Gertrud, his daughter and his three sons who helped him with easier works to make their contribution to the family's earnings, too.

During the last years of Johann Nöth working as a cartwright, Ernst Stübiger supported him in a very helpful and friendly way. Ernst Stübiger, a skilled cartwright, too, had been expelled from Sudetenland (part of former Czechoslovakia) after World War II and had settled in Spiesheim.

With Johann Nöth as the last cartwright in Spiesheim this trade died in our village.

The current owners of this place, the couple Hildegard Wingert and Jürgen Leininger, acquired the meanwhile protected half-timbered house typical of Spiesheim from the descendants of Johann Nöth in 1989. They restored the whole estate with love and passion. Today it presents another jewel of our community. 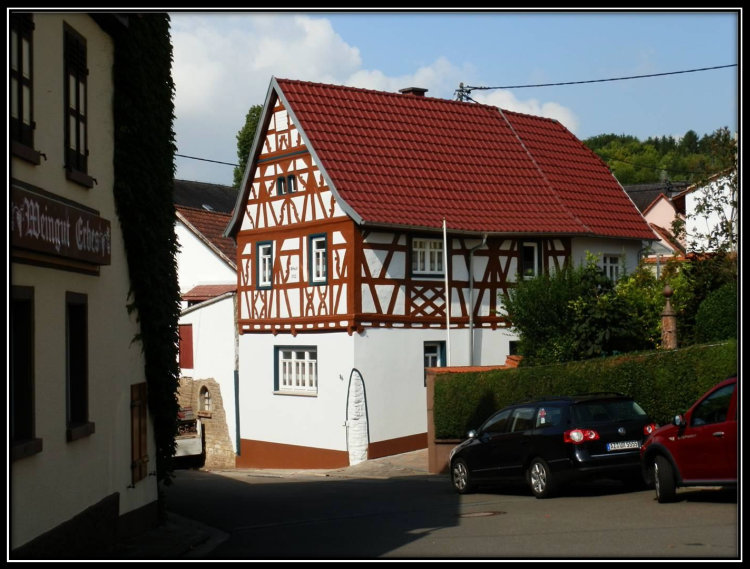